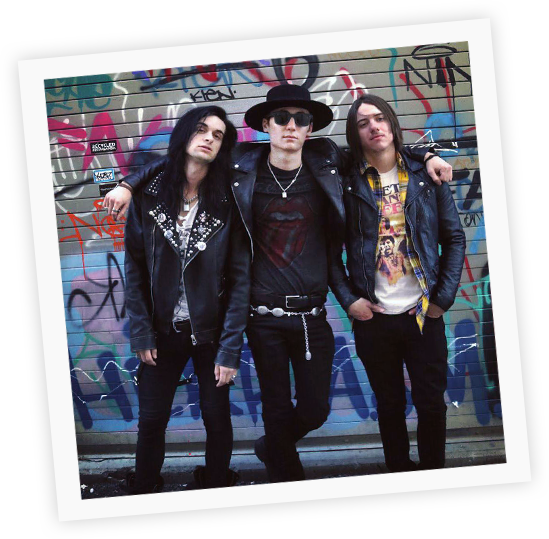 Guitarist Joey Mazzone, drummer Kaesen Samson and bassist Nicholas Lacy are a group of Vegas born musicians who came together to start a blues and rock n’ roll band called The Mad Rabbits in August 2018. The music they grew up on resonates throughout the music they write and play. Influenced by bands and artists such as Led Zeppelin, The Beatles, Stevie Ray Vaughn and Jimi Hendrix. Starting out primarily with cover material, The Mad Rabbits learned up to three hours of cover songs before writing and performing a half hour of their own, original tunes. The Mad Rabbits have performed at Legends Sports Bar and Grill, The Zappos Headquarters and Backstage Bar and Billiards on Fremont Street. As young, ambitious musicians, The Mad Rabbits have set out to bring back the old rock n’ roll and blues sound with a modern, energetic and personalized tone to the youth of today.

Joey Mazzone was born and raised here in the city of Las Vegas. Surprisingly enough when Joey Mazzone was younger he was not interested in music but instead competed internationally for Taekwondo. At that time he unknowingly was developing his stage presence for when he would finally join a band. He bought his first guitar from a local shop about 6 years ago and hasn’t put it down since. Taking inspiration from artists like Jimi Hendrix, Eric Clapton, Jimmy Page, and Jeff Beck he has developed a psychedelic blues rock tone that is unique to him in his own way. Combining the sounds of the 60’s and 70’s with older Chicago and Texas blues like Freddie King, Muddy Waters, Howlin Wolf, and Albert King he truly has made himself stick out from the rest. 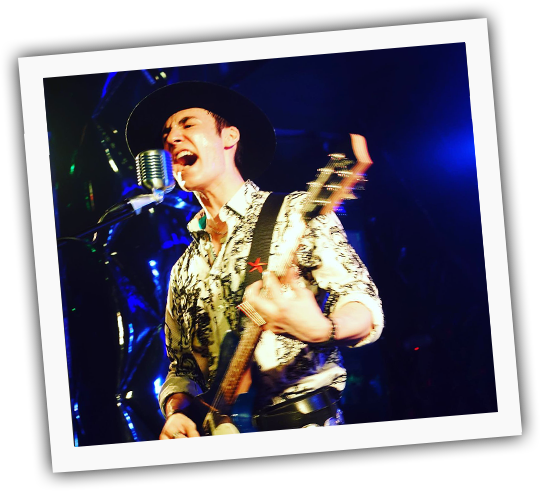 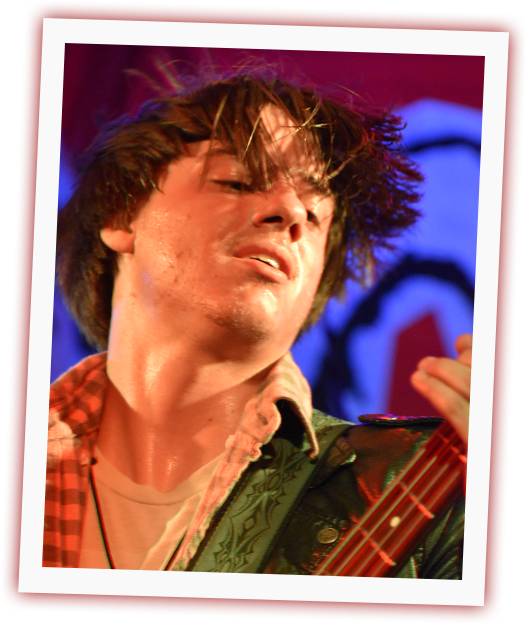 Nicholas Lacy started playing the guitar at the age of twelve and took two years of guitar in high school. At the age of seventeen, however, Nick discovered his passion for the bass and it soon became his main instrument. Influenced by bass players such as Led Zeppelin’s John Paul Jones, Paul McCartney of The Beatles, jazz player Jaco Pastorius and solo artist Victor Wooten. Nicholas aspires to learn multiple styles of playing the bass including jazz, blues, reggae and the slap technique. In his constant search to be a better bassist, Nick takes bass lessons, practices with a metronome and does scale, right and left hand exercises and studies music theory. Nicholas has performed with multiple bands of varying styles, playing more than just the bass and guitar, but also the drums, piano and singing.

Kaesen Samson was born and raised in Las Vegas. He received his first drum kit as a Christmas gift at the age of three and they have been his passion ever since. As a kid, Kaesen and his dad, who was friends with Vince Neil, went on tour with Motley Crue and traveled on the legendary tour bus. Tommy Lee, of course, had a huge influence on Kaesen, not only in terms of his drumming skills, but maybe more importantly, his showmanship. John Bonham, John Densmore and Steven Adler are also among his favorite drummers. Kaesen now has his eyes set on playing in the greatest Rock and Roll band with his band mates, guitarist Joey Mazzone and bassist Nicholas Lacy. Kaesen also hopes that one day The Mad Rabbits symbol that he drew on his desk in high school becomes a household icon, like the Stones’ tongue or Pink Floyd’s prism. 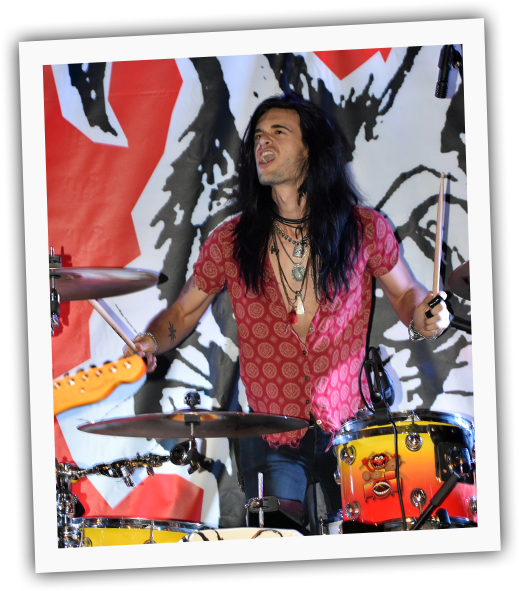 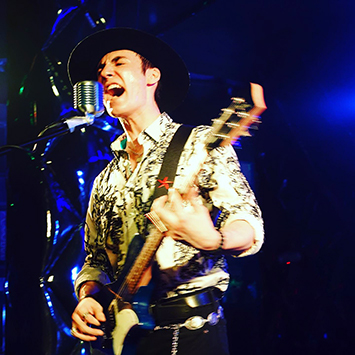 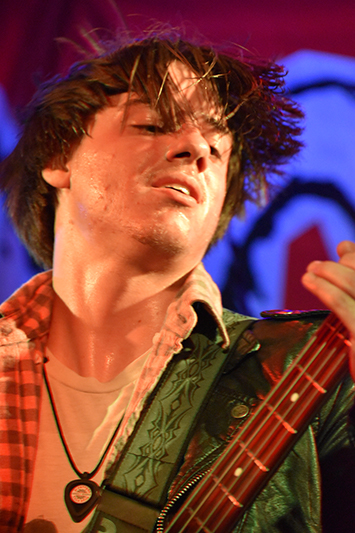 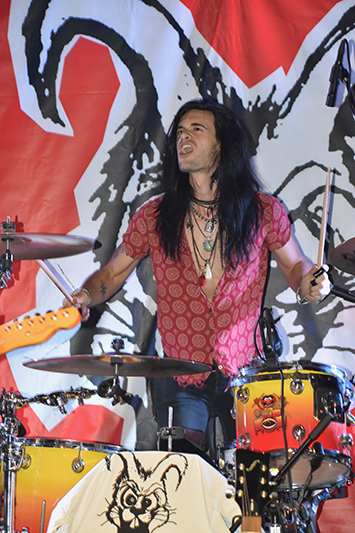 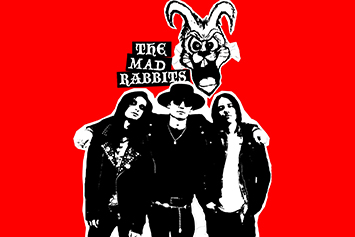 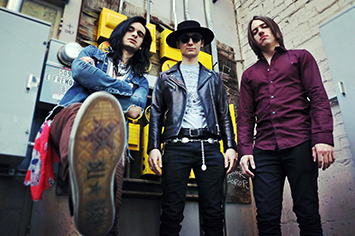 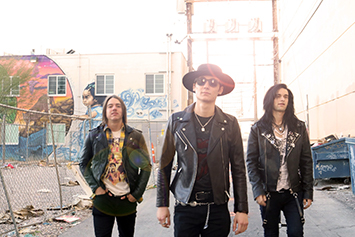 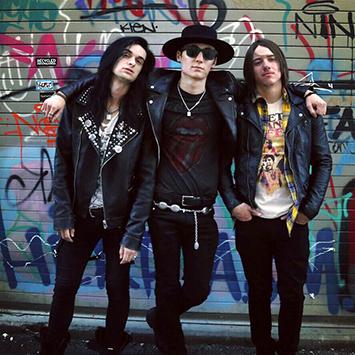 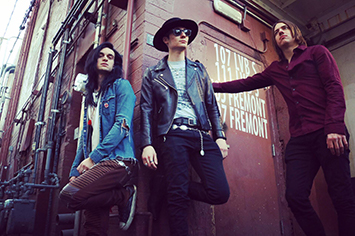 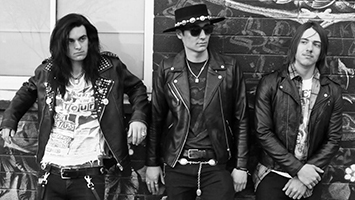